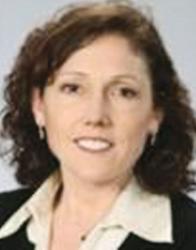 Rose Cushing The YMCA of Metuchen, Edison, Woodbridge and South Amboy announced interim CEO Rose Cushing assumed the role as President and CEO of the nonprofit on December 19.

Cushing will succeed Scott Lewis, who announced he has accepted the position as president and CEO of YMCA of Greater Grand Rapids.

Cushing currently serves as the district executive director of child care of the YMCA of MEWSA, where she directs the day-to-day operations of 15 early education and school age child care programs serving more than 900 children daily.

Bruce Peragallo, YMCA of MEWSA chair of the Board of Directors, said “Rose’s appointment to the interim position was a natural choice for our YMCA Board of Directors. We believe that transferring Rose to the role of interim CEO brings the most stability and consistency to the YMCA. Having worked for our YMCA for 26 years Rose has been an integral part of the Y’s expansion from a $900,000 single branch operation in 1988 to its current scope of service to Greater Middlesex

County with programs in Metuchen, Edison, Woodbridge, South Amboy, Piscataway and Perth Amboy with a budget of over $14 million. We are certain that Rose will bring a new, exciting vision to the YMCA’s upcoming annual campaign and new membership drive. As a respected leader to staff, YMCA members and YMCA families in our communities Rose will be working with our Board volunteers to assist in the process of leadership selection.”

Cushing said she’s prepared for the challenge — no woman has held the position at the YMCA of Metuchen Edison Woodbridge & South Amboy before — and ready to show that she can handle it. “It’s a privilege, and I’m honored and excited about the opportunity,” she said. “We will continue to focus on service to members and growing our programs. The YMCA is here for the benefit of others; focusing on what their needs are is our top priority.

A native and resident of Edison, Cushing received her bachelor’s degree from Marywood (College) University and earned her master’s degree from Rutgers University. The process to select a permanent replacement for Lewis will be led by Peragallo. A committee comprised of representatives from the board, Y staff and the community is being formed to undertake that task.