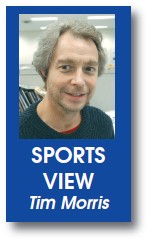 The words “great” and “legend” get thrown out so often that they have almost lost their meaning.

In the case of retired Christian Brothers Academy (CBA) cross-country coach Tom Heath, those words hardly do him justice.

Heath, who stepped down as the Colts’ head coach after another championship year, leaves as one of the greatest coaches in any sport in New Jersey high school sports history. His legacy is unsurpassed. He is synonymous with cross-country in this state and, in the process, elevated the sport.

His list of accomplishments is staggering. There is the record 21 NJSIAA Meet of Champion (MOC) crowns, which includes the last six straight. There are the 27 group state titles, as well as team average course records all over New Jersey and New York (Van Cortlandt Park in the Bronx and Bowdoin Park in Wappingers Falls). Maybe the most impressive achievement is winning the Nike Cross Nationals national championship in 2011. 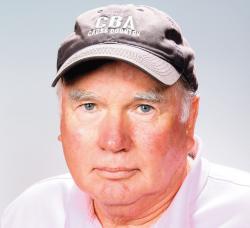 Tom Heath’s Christian Brothers Academy cross-country teams won a record 21 NJSIAA Meet of Champions titles during his unparalleled career. Yet he ranks the national-record 343 dual-meet victories as the highlight of his career.

LARRY LEVANTI/CBA However, when asked what stands out the most to him over his unprecedented career, his reply was the streak.

The streak is CBA’s ongoing national record for consecutive dual-meet victories, which began in September 1974 and continued through the 2015 season. The mark now stands at 343.

The mark is a tribute to CBA’s unmatched depth. The Colts were so deep that Heath was able to run his B or even C team in most dual meets and rest his top runners. In that way, as Heath noted over the years, everyone contributed to the streak.

One of the Shore coaches linked to Heath’s streak is Colts Neck High School’s Jim Schlentz. In 1981, the streak was at 94 when Schlentz’s St. John Vianney High School team tied the Colts in a dual meet but lost on the sixth-runner tiebreaker. It was the closest any team came to CBA during its unfathomable five-decade streak.

“I like running against CBA,” Schlentz said. “The only way to get better is to race against the best.”

The Cougars’ coach, who has had his fare share of success in the sport (his 2006 Colts Neck girls were MOC champions), spoke highly of what Heath and CBA have been able to accomplish.

“To be at the top all those years is remarkable,” Schlentz said.

The Cougars’ coach had a simple explanation as to why the Colts have stayed on top all this while. “They outwork everybody,” Schlentz said. Heath, a CBA graduate who was a sprinter on the track team, took over as head coach of the cross-country team in the fall of 1971.

“There was a tradition at CBA for crosscountry,” Heath said.

Heath, though, took the program to high levels.

Heath noted that not being a cross-country runner was, in a strange way, an advantage for him.

“I never ran distance, which is probably good,” he said. “I never knew pain.”

There was no secret formula behind CBA’s and Heath’s success. He pointed out that it starts with recognizing that kids are smart. He explained they have to work hard, put in their miles in training and stay injury free. Pretty simple stuff, but something it seems only the Colts could achieve year-in and year-out.

I have watched the CBA program over the years as it went from a state power to national champion. I, like most, used to think, “Hey, anyone can coach CBA.” He gets the talent, but after observing Heath over the years and seeing how his runners were always ready for November and the biggest races of the season, I began to appreciate what he has done more. Getting your runners to come through when it matters in a single race takes more than talent. It takes coaching. In Heath’s case, it’s great coaching.

I remember the shocked faces of the Cherokee High School runners a few years ago when they were the heavy favorites to win the MOC only to have CBA take it from them as the Colts ran above their season-level. They did it this year, rebounding from a loss in the group championships the week before to snatch a 21st MOC title.

The 2012 MOC stands out as CBA’s signature win. With superstorm Sandy pushing the MOC back, it conflicted with the Nike Cross Northeast Regional. Heath couldn’t run his starters for fear that it would impact them at the regional three days later and jeopardize their chances of qualifying for the nationals. So he gambled on his “B” team, resting his top five runners.

“I told [the MOC runners] there was no downside,” Heath said. “If you do bad, I’ll take the blame. Just relax and be focused.”

The Colts all went out and ran their Holmdel Park personal bests for a stunning triumph that was a testament to CBA’s tradition.

When the Nike Cross Nationals started up to produce a national champion, did anyone doubt that Heath and the Colts would win it? They did in 2011, raising the profile for New Jersey cross-country. The Colts were also the runnerup in 2013. They’ve made the national championships the last six years.

It’s hard to think about it now, but it wasn’t always this way for Heath and his harriers. He pointed out that he lost the Monmouth County championships the first four times his teams competed in it. Clearing that hurdle opened the door for what would follow.

How do you get everyone to race so well at the same time?

“You just have the kids relax and realize it’s just another race and it can be won,” Heath said.

Now that Heath has retired, he said that he won’t appear at any cross-country meets next year so as to not be seen as looking over the shoulder of the coach who has the impossible task of following him.

He may not be at Holmdel Park next year, but his shadow certainly will be.