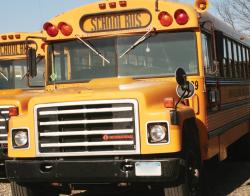 School officials in some local districts say delaying the start of the school day is not feasible due in part to conflicts with busing schedules and after-school activities. Parents know all too well the battle of pulling teenagers out of bed to go to school. Karen Famiglietti would like to change that longstanding tradition and give teenagers a little more time before they begin their school day.

A resident of East Brunswick, Famiglietti rounded up like-minded parents to form EB Parents for Healthy School Start Times, whose goal is to change their district’s high school and junior high start time from 7:26 a.m. — about average for most high schools — to 8:30 a.m. or later.

“There’s so many benefits to the later school time that it just seems like it’s worth looking into,” Famiglietti said. “They’ve done studies where there’s been less disciplinary actions among the students, less bullying, fewer relationship problems with their peers.”

The group has grown bigger and more vocal since forming in 2013. Though the early start time is not a new issue, Famiglietti is making waves as one of the only voices to actively pursue such a change in a New Jersey district as she continues to raise awareness and meet with school officials.

Changes are being made in other parts of the country. In recent years, two New York school districts changed their start times to 8:30 and 8:50 a.m., and the Minneapolis Public School District moved its time to 8:40 a.m. in 1997.

Famiglietti’s activism coincides with a study released in August by the American Academy of Pediatrics, which recommends that middle and high schools start class at 8:30 a.m. or later. Lee Brooks, a pulmonologist at the Children’s Hospital of Philadelphia and president of the New Jersey Sleep Society — a group composed of professionals in the field of sleep medicine — said the organization supports a later start.

“The average adolescent needs about nine hours of sleep, and their body clock changes as they enter adolescence,” Brooks said. “So whereas the younger school-age kids are early birds, the adolescents tend to be owls. … The biology makes sense with a later school start time, and in school districts that have done this, they’ve found improvements in grades and behavior.”

According to Brooks, the issue of sleep is abetted by technology, where light from cellphones and laptops stimulates the body to stay awake.

“Perversely, we’ve come up with the idea that the adolescents go to school earlier, and that really comes from when we were an agrarian economy and we needed the teenagers to be home to help on the farm,” Brooks said. “Now we have a century of tradition, and a lot of social factors that have been built around the school schedule.”

Busing is an issue. If elementary students start taking the bus earlier rather than later, young children may be forced to stand at a bus stop during dark winter mornings, Brooks said. And if elementary children come home before their parents or older siblings, they may arrive at an empty house.

Red Bank Regional High School Interim Superintendent Thomas Pagano said the greatest issue relates to afterschool activities. If school gets out later, it could interfere with athletic and co-curricular schedules.

“That is the gorilla in the room that no one wants to refer to,” Pagano said. “… But I can tell you from where I sit, the evidence is irrefutable.”

Pagano said he is open to discussions with the Board of Education, parents, teachers and administrators.

Other school districts, such as the Freehold Regional High School District, have also considered the issue.

“The district has never closed the door on the topic, but at the moment there are no plans or discussions on moving to later start times,” said Rebecca Morton, the district’s communications coordinator. “While the research is clear on the benefits, delaying the start of the school day is not feasible at the moment due to conflicts in busing schedules and after-school activities.”

Brad Cohen, president of the East Brunswick Board of Education, said he would consider the issue after taking an in-depth look at all the studies and making sure that such a change is scientifically valid.

“I think it’s a very big initiative for a very large school district to accomplish,” Cohen said. “… We need to really look at these studies and investigate them and see if they’re valid before we try to implement something that’s going to be very difficult to implement.”

Additional information on the East Brunswick group may be found by visiting the Facebook page, “EB Parents for Healthy School Start Times.”