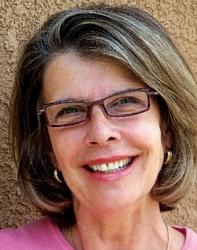 My daughter’s best friend’s brother told her he never pays for routine service for his car because he uses his “reward dollars” that he earns with a | car-brand credit card. We want in on that! But she doesn’t remember the make of the car and he’s teaching abroad for a few months. Is there such a card?

I know of one (and perhaps readers know of others?) The Subaru Platinum Mastercard lets you earn the equivalent of 3 percent of your purchases in what are called “Subaru Reward Dollars.”

The reward dollars — you can earn up to 500 of them annually — are redeemable at Subaru dealerships. They can be used to pay for Subaru parts or service or to purchase a new or certified pre-owned Subaru.

You can get details (and sign up for the card if you want) at subaru.com. Click on “Subaru Rewards Card” at the bottom of the page.

I heard on the news that Camrys aren’t reigning supreme like they once did. Why? I know Toyota had some troubles a couple of years ago, but we’ve had Camrys for our last three cars and I don’t think the quality has diminished at all.

For years, Camry (and also the Honda Accord) provided the combination of nice pricing, dependability and resale numbers better than anyone else — with essentially no real challenge to their positions at the top of the heap.

In recent years, though, the Nissan Altima and Ford Fusion have done many of the right things to attract folks who want reasonably priced reliability, as have the Kia Optima, Hyundai Sonata and Chevy Mailbu. And all this well-puttogether competition, with nice little touches that feel several steps above basic, Plain Jane cars, are attracting some of the population who regarded Camrys and Accords as their automatic go-to vehicles. The relative newcomers are also drawing in a broadened audience, including boomers who no longer feel the need for SUVS and minivans.

The segment has become quite competitive, unlike in previous times, and although Camrys and Accords are still selling, with all this competition, they can’t claim quite the same level of absolute dominance they once did.