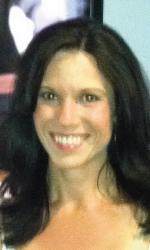 Jennifer Lilley Jennifer Lilley lost 70 pounds six years ago, and she has kept every one of those pounds off her 130-pound body — a good story for sure.

The better story, however, is how Lilley, 38, has used her successful weight loss to help others. By sharing her story, her vulnerabilities, and her emotional ups-anddowns, Lilley believes she has inspired others on their own weight loss journey.

Since losing 70 pounds in 2007, Lilley has established the flabbyroad.com website and Facebook page in order to share her story and to encourage and hopefully inspire other people with their own weight loss effort.

Lilley, of Freehold Borough, made the commitment to get healthy and lose the weight in 2006. Her weight loss story was featured in a March 2008 article in Greater Media Newspapers. The impetus for her weight loss was her upcoming marriage in 2008. She enrolled in a Medifast program in 2006 and successfully lost 70 pounds by February 2007, and kept the weight off on her own by eating six small meals a day and healthy snacks. In addition to eating healthy, she said keeping the weight off involves substituting snacks such as a small square of healthy dark chocolate instead of eating an entire candy bar, or eating Kale chips that she bakes herself, rather than unhealthy fried snack chips, or enjoying a banana that has been heated in the stove or frozen.

In 2009, Lilley appeared in advertisements for Medifast in People, Cosmopolitan and Fitness magazines.

Lilley managed to keep her weight down over the past six years, even during a series of emotional upheavals that might have sent a person down the proverbial “rabbit hole” again. Her cat died, she lost her job and she got divorced in 2012.

Lilley admits there were times when it was anything but easy.

“Even though many aspects in my life had changed, I had not lost sight of my goals, both mentally and physically,” she said, explaining that many people view weight loss in relation to a specific period of time or a specific event, such as a wedding or a vacation. “You have to see it as a way of life.” During her continuing search for healthy living, she realized there was an increased awareness of obesity in the country and that many people were “out there” telling their personal stories. She became one of them.

She created flabbyroad.com in the fall of 2011.

“My website is intentionally void of calorie counting tips and ‘shame on you for taking seconds at the dinner table,’ references. It’s a refreshing departure that inspires, entertains and motivates,” Lilley said.

She created a Flabby Road Facebook page in 2013 to provide people with updates in weight loss, related news stories and her own writings.

“Losing so much weight is a big part of your life. It’s not just, ‘I lose it and then it’s over.’ It is a continual journey. It had been a huge part of my life for so long, and something in me wanted my story to be told,” she said.

Lilley is currently a contributing writer for The Budget Fashionista, a website that offers information on how to look good on a budget. “I’ve been on both sides of the scale,” she said. “I want to let people know I’ve been there. I’ve felt what they feel. I also want to encourage people to lose the weight without putting them down. My writing is meant to educate and inspire while telling my own story.”

Lilley said she sees more bloggers talking about their experiences with weight loss.

“People are not so afraid to put themselves out there and show their vulnerabilities, including photos of themselves with excess skin,” Lilley said, adding the message here is that “no one is perfect.”