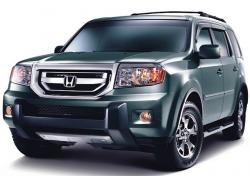 HONDA PILOT While automakers sold nearly 14.5 million cars and trucks last year, they also recalled nearly as many models — around 14.3 million according to our research — for safetyrelated inspections and repairs. It may surprise some consumers, but two brands that are otherwise highly regarded for their quality and reliability — Toyota and Honda — combined for more than half of all recalls issued during 2012. Toyota was responsible for around 5 million and Honda for 3.4 million vehicles from current and past model years. 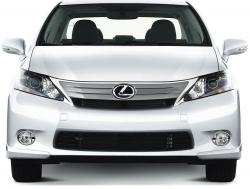 LEXUS HS 2500 By comparison, General Motors recalled nearly 1.3 million cars and trucks, while Ford recalled more than 1.1 million vehicles during 2012. Ford arguably received the worst public relations hit in this regard last year when they recalled the redesigned-for-2013 Escape crossover SUV three separate times shortly after its release, all for potential engine fires.

Virtually all automakers, including exotic brands like Rolls-Royce, Lotus and Lamborghini, issued at least one recall during 2012. These ranged from the catastrophic (BMW M5 and M6 models for a defect that could lead to complete engine failure) to the relatively minor (Scion FR-S and Subaru BRZ models needed a few replacement pages added to their owners’ manuals).

Still, the sheer number of recalls hasn’t seemed to affect new car sales. Even Toyota and Honda reported impressive annual gains of 26.6 and 24 percent, respectively. Has the public simply grown numb from so many recalls being reported?

“From the perspective of the average consumer, most recalls, especially those that are issued voluntarily by a manufacturer, are viewed as a non-issue,” explains Alec Gutierrez, senior market analyst of automotive insights for the auto information firm Kelley Blue Book in Irvine, Calif. “Toyota and Honda both increased market share in the U.S. this year despite the millions of vehicles that they recalled, showing that consumers still hold these brands in high regard.”

In fact, a recent study from North Carolina State University confirmed that Toyota’s notorious burst of safety-related recalls from 2009-2010, including fears over sudden acceleration, were found to have little to no long-term impact on how consumers perceive the brand.

What’s more, Gutierrez goes so far as to suggest that publicity over auto recalls is anything but negative. “In some cases, consumers actually view a voluntary recall as a positive for an automaker, since it makes it appear as though the manufacturer is being proactive and making an effort to ensure that all of their vehicles on the road are as safe as possible.”

If you receive a notice regarding a manufacturer’s recall, be sure to make an appointment to have the affected vehicle inspected and, if necessary, repaired at your earliest convenience to avoid any potential problems down the road. Those shopping for a used car should always have a vehicle’s title searched to ensure it isn’t subject to unfulfilled recalls. According to CarFax in Centreville, Va., a company that sells vehicle history reports, at least 2.7 million vehicles were listed for sale last year for which recalls were issued, but not taken care of.

It’s also a good idea to visit the Center for Auto Safety’s website (autosafety.org) and conduct a search to see if any of your family’s current vehicles has been subject to a recall for which you may not have been notified, or if a recall was issued under a previous owner’s custody.