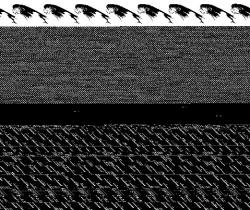 Monroe Township I t may have been early-season jitters, perhaps attributed to its youthful lineup, which caused the Monroe Township High School softball team to drop its first two games.

The Falcons are inexperienced no more. Since absorbing the twin defeats to Greater Middlesex ConferenceWhite Division rivals Bishop Ahr and South Plainfield, the Falcons have won 10 of 11, including revenge victories over the Trojans and Tigers. A 3-1 loss to nonconference foe Howell (3-1), Saturday, snapped a nine-game winning streak.

Moving into this week’s action, the Falcons remain tied with South Plainfield for the White Division lead. However, MTHS may be looking to accomplish more than capture the division title.

“Why not?” responded head coach, Keith Hudak, when asked if his team should be in the conversation for GMC supremacy.

Why not, indeed. During its streak, the Falcons demonstrated that they can win with the basic components of a successful team — a talented battery backed by reliable defense.

Kelly Widener (10-3) has proved she is among the best hurlers in the GMC. The sophomore has pitched every inning and has yielded 18 earned runs. Widener’s strikeout per game average is over five and, just as important, she has issued two walks a contest. Her battery mate is also a sophomore, Marisa Monessari. In addition to being a fine defensive catcher, Monessari is fulfilling her potential as a lethal hitter. She possesses a quick bat, which has resulted in the team leadership in home runs with five (including a game-winning grand slam, April 30, against Old Bridge) and RBIs with 14.

Centerfielder Jenna Pritzlaff may not be the most imposing player in the lineup but consistently makes big plays from her outfield position. At the plate, Pritzlaff has been the catalyst for producing numerous multirun rallies. The senior has registered 11 hits and knocked in 12 runs.

Hudak took a chance when he inserted freshman Casey Schieda into the lineup but she delivered timely hits as well. Her line-drive home run against Bishop Ahr (12-4), April 26, was the difference in the Falcons’ 2-0 victory.

“We just need to keep working hard” was Hudak’s admonition about the remaining schedule. “We still have a chance to win the division, and we’re looking to have the same kind of success we did last year in the conference tournament.”

The Falcons experienced an average regular season last spring but managed to make it to the championship game (defeated top-seed East Brunswick along the way) before losing to Woodbridge.

Monroe was on the road May 1 (Perth Amboy) and May 3 (Carteret) in GMC contests and May 4 (Lawrence) and May 7 (Hamilton) in nonconference tilts. The regular season concludes with a home game vs. J.F. Kennedy Memorial, May 8, and a visit to Colonia, May 10. The GMC Tournament begins the following week. First-round sites will be determined by which teams earn the higher seeds.