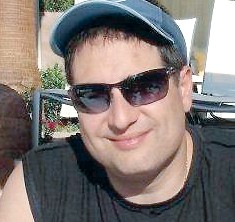 If you had a strong stomach and waited for tide changes, bass fishing remained steady from Romer Shoals to the Shark River Inlet. With good marks showing signs of fish, anglers roughed it out and picked away at keepers most of the week.

With all the bait in the water, anglers were trying everything from trolling, cut baits, clams, eels and jigs — whatever it would take for one last shot at a fall trophy before wrapping it up for 2010.

Boats could be seen all along the shoreline as boaters gave it one more run and a few more casts. Bass should continue to hang around with the bait, and as long as the weather holds up we should see fish well into December. There is plenty of spearing and rain fish the bass are feeding on. This should support some really big fish to be caught.

Capt. Ron’s Fishermen has been waiting out the tide swings and patiently picking away at bass. Patrons have been coming home with some nice keepers and fighting shorts in between. Capt. Ron is sailing daily open boats for one last shot at a monster fall bass. Pick a day and give it one last cast.

Capt. Carmine aboard the Island Girl III has been working a few spots along the Ambrose Channel and Romer Shoals with cut bunker. Ron Sr., Richie and Capt. Carmine have been picking bass up to 30 pounds. Anchored patiently and fighting through endless big dogfish and chopper blues to get to a few big fall bass has paid off for the crew. Capt. Carmine said he would keep the boat in the water as long as the bass stick around and he can put a crew together.

Capt. Mike aboard the Sea Hawk from Perth Amboy made a few inshore drops and found blackfish up to 8 pounds. Capt. Mike will sail for blackfish daily at 7:30 a.m. The crew is on a mission to find big fish both on the inshore and offshore wrecks. If you are looking for a good wreck trip for big blackfish, give Capt. Mike a call and pick a date.

Hopefully the big ocean swells will lie down this week and anglers will get another shot to get back on the fish before pulling the boats for the winter.

The present 54- foot lighthouse was established on the shoal in 1898. It is believed that the tower was used on the grounds of the Staten Island Lighthouse Depot as an experimental lighthouse for testing fuels, wicks, bulbs and other lighthouse equipment before it was disassembled and relocated just a few miles offshore.

The Romer Shoal Lighthouse was automated in 1966, but it continued to help mark the entrance to the New York harbor with a pair of white flashes every 15 seconds. After a storm in December 1992 damaged the lighthouse, the Coast Guard considered scrapping the lighthouse and replacing it with a steel skeleton tower. Joe Esposito, who served as caretaker of the Staten Island Lighthouse at the time, refused to let the tower be destroyed, and through his efforts it remains in place today.