By the time this column sees print, the Great Blizzard of 2010, nicknamed “Snowpocalypse” by some creative member of the national press, will just be a memory. 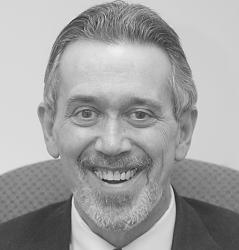 You know, before we moved to the East Coast, I used to believe that folks out here were scared of only one thing, and that was escaped convicts.

Now I know there are at least three things that terrify them even more — bears, coyotes and snowstorms that might strand them in their homes and cause them to starve to death.

If you watched the news in the days leading up to the storm (which here in Middlesex County turned out to be kind of a dud), you would have thought from the breathless hysteria that we were all members of the Donner Party getting ready to cross the mountains into California during the winter. The messages couldn’t have been clearer — we had better BE PREPARED if we wanted to survive the impending glacial cataclysm.

One guy dressed in an arctic-rated parka even told us, in all seriousness, that this would undoubtedly be the “Storm of the Decade.” Nobody on the news desk pointed out that the decade is only five weeks old, and since it hasn’t stormed much since Jan. 1, any amount of precipitation would be the storm of the decade, at least until a bigger one comes along.

Some local news stations went into nearly 24-hour-a-day storm coverage mode at least 48 hours before the first flakes started to fall, to make sure we were sufficiently freaked out. And, man, did people pay attention.

I stopped by our local supermarket the morning of the storm to buy a frozen pizza, and it was a total madhouse. People were wandering the aisles muttering things like “Gotta get ready for the storm,” while they packed their carts with enough stuff to carry them through an entire ice age. One lady in front of me had three cases of bottled water, four gallons of milk, three dozen eggs and enough bread to stuff a half-dozen Thanksgiving turkeys.

The milk section of the market was almost empty as a result, and there wasn’t much bread left either. There were at least 20 people waiting in the self-checkout lines, all of them looking nervous, except for one dodgy guy who I’m pretty sure was on mind-altering drugs.

According to the news reports, that sort of thing was happening all over the state, even in places where they weren’t predicted to get more than a dusting.

Let me ask you this. Unless you have a houseful of kids, how much milk, bread and water (jail food) do you go through in the average week? At our house, it’s about a loaf of bread, a dozen bottles of water and a half-gallon of milk, and there’s usually milk and bread left over.

Do people drink more milk when they’re snowed in for a day or two? I don’t think so, but what it means is that as of today, there’s about a billion gallons of hoarded milk fixing to spoil in refrigerators across the entire state. That, and a billion loaves of stockpiled bread just waiting for the mold that will make it perfect.

And even if worse came to worst and we were snowed in and lost power for three or four days, how bad could it really be? Most of us have enough food in our pantries — boxes of macaroni and cheese, canned vegetables and the like — to see us through a month if we’re careful. And if things get really, really awful, we could eat a few of those Canada geese that devil us so much all year. That, as Martha Stewart says, would be a “good thing.”

But the storm came and went, and now the news folks are on to the next big scare, in this case the storm that may show up next Saturday.

Regular readers will remember my friend Dave Simpson, with whom I used to collaborate on the “Red State, Blue State” column. He lives in a place where there really is a lot of snow and people don’t pay it much attention. But he is truly tickled when he turns on his television, and the national news report deals with how scared we Easterners are about snow. He sent me this email the day after the storm.

“The only good news I heard today was that the federal government shut down early. I think the rest of the country should pray for more storms.”

You know, he’s right. I think we should pray for more storms, and if one approaches, I have a tip. I also saw a reporter measuring snow, but she didn’t have a dinky little ruler to show us how deep it was (about an inch). She had an old-fashioned yardstick. The visual implication, of course, was that by the time “Snowmaggedon” was over, even that yardstick would come up puny in the measuring department.

If you’d like to buy one of those to measure the next snowfall on your own grass, drop me an email and I’ll tell you where to get one.

I’m betting a bunch of you will already have enough milk (sniff it first) and bread in your refrigerators to see you through. Anybody feel like French toast?