When we bought our old house in East Brunswick in the fall of 1997, one of the biggest selling points was the fact that we could look out our living room window to the Foerter Farm across the road. 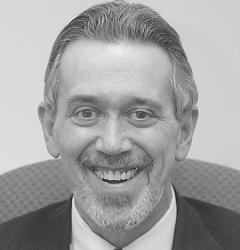 The farm — a 30-acre parcel between Riva Avenue and Farrington Lake — is still a working farm, and it gave us the feeling of living in a rural part of this overpopulated state. It was nice to see the tractors plowing the fields, and the corn and vegetables growing in the summer. It was wonderful to see the deer in the field come fall.

As a side note to that, seven of those animals were killed by automobiles on Riva Avenue this year, and those are just the ones we know of. Some of them ended up in our yard, others in the yards of various neighbors. I’ve wondered why the local police don’t do more to enforce the speed-limit regulations on this road, or why the road department doesn’t at least put up some “Deer Crossing” signs, but I haven’t made much progress with getting either of those things accomplished.

But even so, having the open fields of the farm literally across the street did a lot to improve our quality of life, and nearly everyone in this part of town feels the same way.

That’s why I was distressed when the owners of the farm started talking about developing part of the farm for 10 single-family homes. I certainly understand the economic reasons for their development application, but from a purely selfish point of view, I worried that cutting up the farm would change the character of the neighborhood in a negative way.

I haven’t written about the development application yet, because I have a vested interest in the outcome. Journalists walk a fine line when it comes to conflict of interest. And besides, most of the people who own that property are my neighbors, and they’ve been kind to us. I explained those positions to the various people and groups who called me to ask that I take a stand in the debate and come out against the development, but while they weren’t happy about my answer, I think they understood where I was coming from.

Now that it looks like there’s a good chance that the property can be purchased for open space, however, I’m overjoyed. As reported in Greater Media’s publication the Sentinel, the county’s Open Space Committee recently approved the notion of acquiring the farm for open space, and now the proposal will go to the Middlesex County Board of Freeholders. The owners also seem to be on board with the proposal, as are the groups who object to the development, so it looks like everybody would win.

I’ve been a vocal supporter of other open space projects in this county and others. I wrote extensively about my support of the plan to purchase the 350-year-old Van Dyke Farm in South Brunswick, for example. And I wrote about how tickled I was when a deal was finally cut last year to purchase the farm for open space.

So I don’t think anyone will hold it against me when I say that I support the purchase of the Foerter Farm for open space as well. Maintaining the Foerter Farm as open space would not only be sound environmental policy, and a boon to immediate neighbors like ourselves, it would be a benefit to everyone who lives in this entire section of town, and everyone who drives through here (usually much too fast) on a daily basis.

There just aren’t enough of these working farms in New Jersey, and there certainly isn’t enough preserved open space. For us, our neighbors, the community and visitors, I encourage the Board of Freeholders to come down on the side of preservation and ensure that the lovely Foerter Farm will be enjoyed by future generations.

• • • I’ve written before about my approach to men’s style issues. I just wear the same thing, year in and year out, and since style is cyclical, every once in a while my wardrobe is achingly au courant instead of embarrassingly eccentric. Every 10 years or so, for example, cowboy boots, snap-button jeans and Western-cut shirts with pearl buttons are rediscovered by the nation’s fashionistas, and you see them everywhere from the red carpet to the boardroom. And since I wear those things almost every day, for a short period of time I no longer look like a throwback.

My loved ones, however, have always drawn the line at allowing me to go out in public with them when I was wearing some of my wardrobe staples. I have an amazing collection of ugly winter hats in the closet, for starters. And I have a bunch of those wool, buffalo-plaid shirts that men have been wearing outdoors for a couple hundred years to keep warm.

The hats, they said, made me look like Elmer Fudd, and the shirts made me look like a suburban guy with Paul Bunyan envy. They’d only let me wear them if I was going out to the backyard where nobody would see me.

So imagine my unbridled glee when I opened this morning’s New York Times, and saw on one of the Style pages that this year, a year of record cold, wool plaid and check shirts and misbegotten winter hats are the season’s “must have” accessories for the fashion elite.

This may be the only winter in the entire history of the world where those functional but homely trapper hats with fur or fleece lining and earflaps are being worn into trendy Manhattan restaurants by stick-thin model types who still don’t have the sense to buy a decent pair of boots. And it isn’t just models and the young guys who last year were wearing pointy, lizard skin boots and pants so tight they looked like kielbasas from the waist down. I looked out the window the other day and saw that my wife had borrowed my mad trapper hat and was wearing it while she did her errands — in public.