If there’s anything more frustrating than trying to follow a procedure manual for a product that was built in a non-Englishspeaking country and then translated into the King’s Own by someone with a limited grasp of our language, I don’t know what it is. 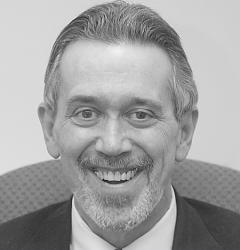 Back in the day when I didn’t have a garage, I decided to rebuild the carburetor on my Japanese motorcycle in my driveway. I carefully disassembled the crucial parts of the bike and laid them out on a tarp in the order they had been removed. Then, I followed the instructions on the rebuild kit that had been provided by the manufacturer.

I thought I was doing pretty well until the last step, when the instructions told me, in all caps, to MAKE SURE TO REPLACE THE STEEL ROUND!

I had replaced all the parts I had taken off, except for one small spring I somehow overlooked. But there wasn’t a steel round anywhere.

The motorcycle ran decently after I finally figured out where that spring went, but I never trusted it again because I knew that it was missing a critical steel round. I sold it as soon as possible and bought an American motorcycle because I could understand the maintenance and repair manuals.

You’d think that in all the years since, the problems would have been resolved. Maybe the manufacturers could have hired native English speakers to translate the manuals. But as products have become more technologically complex, the situation has gotten worse.

I give you my recent quest to find a bedside alarm clock to replace my old model, one of those where the numbers flap down as time progresses. The old clock kept good time, but it finally wore out.

The first replacement I bought was a combination AM/FM radio, alarm clock and CD player. I bought it because it was designed to look like the dashboard of a vintage Studebaker, but that’s where the similarities ended. I once owned a 1956 pink and white Studebaker President, and there wasn’t much you couldn’t fix on that car with a couple of screwdrivers and a ball-peen hammer.

The instruction manual for my new alarm clock was 36 pages long, apparently translated from Chinese, where the thing was built. It had two alarm clock functions, and you had to make a choice whether you wanted to be awakened by a buzzer, the radio or a CD. After that, there were 58 steps to program the monster to work the way you wanted.

Those instructions began with “In the POWER OFF mode, press and hold the DISPLAY/ MODE Button (#15) until MUTI (sic) FUNCTION INDICATOR 1 (#9) and HOUR digit flash . . .

Then it told you to push button 17 or 20 until the correct hour is displayed.

And that’s only part of step one. When I finally finished, the digital clock ran about three minutes fast every day and the numbers were too small to read without my glasses.

This clock — also made in China — looked fairly straightforward in the package, but it was even more useless than the Studebaker. To make it work to its maximum potential, you had to follow the incomprehensibly translated owner’s manual to set the time, the alarm, the event reminder, the countdown timer, the temperature, the date, the year and the month.

If you figured out how to make the alarm work, you had to push the mode button twice and the set button five times to turn it off.

And you were supposed to do all this when you just wake up, without your glasses, and likely in the dark.

I never could turn the thing off, but I discovered that throwing the entire clock forcefully against a wall is reasonably effective.

Which brings us to clock replacement Number 3.

This time, I went to a half-dozen stores to find the simplest, cheapest alarm clock in the world. I finally found a plastic thing that looks like the old Big Ben wind-up clock I had as a kid. There are only two setting knobs on the back, one for the time and one for the alarm. The alarm is turned off and on by a simple switch on the side.

Perfect, I thought — until I got it home and discovered that it takes an unusual-sized battery (not included) and I had to drive to three stores to find one that worked.

The package of two batteries cost $7.95 with tax, a dollar more than the clock cost, and that didn’t count the cost of gasoline.

But at least it’s working, and I didn’t even read the manual. The face is big enough that I can see it without my glasses, even in the dark. And this morning, I turned the alarm off without opening my eyes.

And if you factor the cost of this clock in with the cost of the two clocks it replaced, the whole experience only set me back about $200.

Call me slow to learn, but I recognize what President Obama calls a “teachable moment” when one whomps me in the cranium, and the clock saga was one of those. Simpler, I now realize, is always better.

Tomorrow, I’m gonna go out and find a $3 crystal radio set so I can listen to the BBC morning news on NPR.

The expensive Studebaker radio I mentioned earlier is no longer with us — the victim of a ball-peen hammer.