If you liked the barrage of advertising in some of the most recent elections, you’re absolutely going to love what’s coming down the pike in the next few contests. 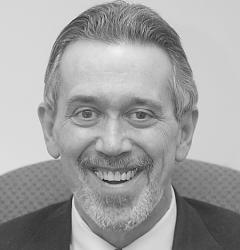 Lost among the news last week about the intrusions and restrictions air travelers will face in coming years to keep us safe, and the latest dismal news on the economy, was a story about the United States Supreme Court, which is expected as early as this week to roll back many of the limits on campaign-spending laws. That comes on the heels of several other court decisions that made it easier for special-interest groups and corporations to pour as much money into political campaigns as they like.

Starting in 2010, for the first time since campaign-finance restrictions were put in place in the Watergate era, there will likely be few limitations on the amount of money corporations, unions and special-interest groups can pump into the campaigns of politicians they believe will further their agendas. And even though Democrats in Congress are vowing to enact new laws to put the restrictions back in place, nearly everyone agrees that the rules on the playing field will change.

Many Republicans, as you might imagine, are in favor of this development, because it will give them the opportunity to raise more money for campaigns. Because the party is in disarray nationally, contributions are off and they don’t have nearly as much in their war chests coming into the midterms as the Democrats. They stand to benefit from this relaxed atmosphere immediately.

And many special interests are happy about it as well. According to an article in The New York Times, groups like the United States Chamber of Commerce and labor unions like the AFL-CIO are already gearing up to spend more on campaigns in the next few years than they have in decades.

What does all that mean for us?

Well, for one thing it means there’s even less chance of a good and principled candidate winning any election, ever, on the basis of ideas and philosophy. It means that the candidate who can raise the most money will likely win in every race from the president down to the local school board. And it means that because candidates will be so much more beholden to the special interests and corporations that paid the price of their ticket to office, representing the interests of their constituents will take a back seat to keeping the guys with the checkbook happy.

There aren’t many candidates like Michael Bloomberg and Jon S. Corzine who can afford to spend obscene amounts of money out of their own pockets in order to win elections, after all.

It also means that the amount of negative, attack advertising we came to despise in the last few elections will increase astronomically.

And how, in the midst of that blizzard of special-interest advertising, will voters be able to find the truth and make an informed choice?

Well, that’s the question. And it’s not one the U.S. Supreme Court is likely to consider.

I was propped up in bed this morning with a pot of coffee and the sports section, telling my wife how much I enjoy the antics of Cincinnati Bengals player Chad Ochocinco, who changed his surname from Johnson to Ochocinco, the way his jersey number is pronounced in Spanish. The guy is single-handedly trying to put some of the fun back into pro football, although the NFL keeps fining him for it.

“Why did he pick the name Ochocinco?” my wife asked.

“Seems awfully old to be playing football,” she said.

She wasn’t kidding or trying to be funny. And that, dear readers, is why we never watch football together.

I suppose I should be used to her absolute dislike of the game after so many years of marriage. She likes a lot of things I don’t — like marathons of “Clean House,” a program that just skeeves me out. I like a lot of things she doesn’t — Clint Eastwood retrospectives, World War II, programs on the History Channel, and any form of fishing or camping, for example. We made accommodations for each other’s predilections and gave each other space.

That’s the kind of compromise you have to make in a marriage if you want it to last longer than a common cold. That, and home decorating, of course, but that’s a sore subject for another day. (If there’s any phrase that strikes more terror into a married man’s heart than “I’ve been thinking about repainting the living room,” I don’t know what it is. Whenever I hear that phrase, the little voice in my brain starts screaming, “Danger, Will Robinson! Danger!”)

While the kids were at home, however, it didn’t matter that she made herself scarce on football day. They liked football, at least the junk food that goes along with it, and it always seemed like we had a crowd.

But now that our nest is empty, the playoffs and the Super Bowl are the loneliest time of year for me at the Bean compound.

It’s just not as much fun to make a big tray of jalapeno poppers, pizza rolls and mozzarella sticks if you’re the only one eating them while you watch the game. And forget having a cold beer. You know what they say about people who drink alone.

There ought to be a support group for guys like me.

“There is,” my wife said. “It’s called a sports bar. It’s called going to a friend’s house. Now, would you explain one more time why the two-minute warning really means there’s an hour of game left? Is it really a hole in the space-time continuum?”

And back I go into my solitary bubble. Sometimes, one is truly the loneliest number.