Ever wonder how a place, a township, a borough, a school, a park, a lake, a river, a bridge or a street got its name?

Thomas Alva Edison had his laboratory in Menlo Park in the exact spot that the Memorial Tower stands. Greater Media Newspapers recently delved into this topic to find answers to questions such as how the Nixon and the Bonhamtown sections of Edison Township got their names.

Many names of New Jersey towns and locales have been derived from the language of the Lenni Lenape Indians, who occupied the area during the 16th and 17th centuries.

The Dutch were the first Europeans to explore New Netherland (New Jersey). The Swedes were the next settlers. Next came the English, who changed the name to New Jersey after the English Channel island where the Carterets lived. Capt. Philip Carteret was appointed governor of East Jersey in 1665.

Walter Stochel, president of the Edison and Metuchen Historical Society, said localities or places are usually named after railroad stops or stations, families that owned the land, famous people who passed away, businesses in the area, and developers. 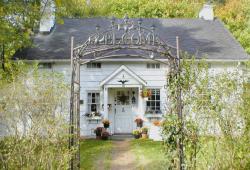 The Ayers-Allen House on Durham Avenue in Metuchen dates back to the 1700s. The house was a tavern during the Revolutionary War. For example, he said in the 1960s, the people in Old Bridge Township, which was previously known as Madison Township, named many of their elementary schools after some of the well-known astronauts of the time: Virgil “Gus” Grissom, L. Gordon Cooper, Walter M. Schirra and Alan B. Shepard.

The Moss School in Metuchen was changed from Washington School in memory of Mildred Moss, a longtime principal at the school. The Herbert Hoover Middle School in Edison is named after our 31st president.

“When President John F. Kennedy was assassinated, many places that were being built were named after him, including the JFK Medical Center in Edison, the JFK Memorial High School in Iselin, and the JFK Airport in New York,” said Stochel.

Stochel said names for railroad stops were not duplicated, so every stop had a different name.

The Port Reading section of Woodbridge is named after the Reading Railroad. 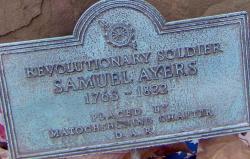 Edison and Woodbridge in Middlesex County are interchangeably the fifth and sixth largest townships in the state, depending on which census one goes by.

Edison, originally incorporated as Raritan Township in 1870, is named after Thomas Alva Edison, the famous inventor who worked in his laboratory in Menlo Park, which is a section of the township. Menlo Park was named after Menlo Park, Calif.

In 1954, the township held a referendum either to change the name from Raritan Township to Edison or Nixon, after Lewis Nixon, who founded Nixon Nitrate Works located near Middlesex County College on Woodbridge Avenue.

“To this day, that section of the township is known as Nixon,” said Stochel. “There were already four Raritan municipalities in the state.”

After weeks of petitioning for either Edison or Nixon, the residents came out in heavy numbers — 3,723 voted for Edison and 3,075 for Nixon. At the next council meeting on Nov. 11, 1954, Raritan Township was changed to Edison.

Stochel said Edison also didn’t have a central post office at the time and people had to go out to Metuchen or New Brunswick. That also contributed to the name change.

A section of Edison is named after Clara Barton, who was the founder of the American Red Cross and a nurse during the Civil War, although she had never lived in Edison before.

Barton, who is from Bordentown, taught and founded the first public school in New Jersey for the poor children in Bordentown. Over time, the school had fallen in disrepair. Dillie Thomas, who had lived in the 1920s where the Menlo Park Mall now is, was a teacher at the Sand Hill School No. 12 in Edison during that time.

She suggested the name Clara Barton when a new school was being built. Thomas served as principal of the new school for 14 years.

In his book “Welcome to Edison – An Enlightening Community,” David C. Sheehan writes that Bonhamtown at the time was “a hamlet town [of few homes], which is said to have been the site of an old Indian Village and later a Continental Army camp and battleground during the Revolution.”

The Oak Tree sections of Edison and Iselin were known for their oak trees.

The Stelton Community Center in Edison was named after the Stelle family.

Stochel said a trend after World War II in Edison named streets after military servicemen who were killed.

“This is happening to this day,” he said.

Woodbridge is the oldest township in the state. It was officially chartered on June 1, 1669. The township’s name can be traced to the Rev. John Woodbridge, of Newbury, Mass., who was the leader of settlers from Massachusetts.

The historic Barron Arts Center on RahwayAvenue, which is listed on the National Register of Historic Places, is named after the Barron family. The family included a Thomas Barron, who was born in June 1790.

The Sewaren section of Woodbridge in the early 1900s was considered a resort community, which was called Boynton Beach after the Boynton family, who owned the Boynton Clay and Fire Brick Co. in the township.

Metuchen was part of Raritan Township (Edison) until it broke away in 1900. The “legend,” said Stochel, is Metuchen got its name from a Native American Indian chief named Matouchin.

“Police uniforms today have the chief on a patch,” he said.

Metuchen is home to the Ayers-Allen House, which dates back to the 1700s. Some say the house is haunted by Jonathan Ayers, who built the house in 1740; some say the ghost of a Revolutionary War soldier haunts the house; some say it is a woman who looks for her young son; or some say two Native Americans from the tribe of Chief Matockshoning haunt the house. Steven and Tyreen Reuter, who are members of the Metuchen-Edison Historical Society, reside in the home.

Early landowners included the Compton, Thornall, Edgar, Campbell, Mundy, Conyer, Thomas, Bloomfield and Tapping families. Tommy’s Pond on Lake Avenue was known as Thomas’ Pond. The David Graham Thomas family donated the pond to the town. The land for Edgar School, the YMCA and the municipal pool was donated by Charles Edgar.

The area around How Lane was named for Henry Haw (How). Livingston Avenue was known as Livingston Park and was named for William Livingston, the first governor of New Jersey (when it became a state). It was also known as Frogtown because it was swampy and had many frogs.

Stochel said it will be interesting to see what names will be used as the 21st century moves forward. “Maybe something like Googleville,” he said.

Stochel said the Metro Park train station in Iselin was named in this century.

Also a high school in Plainfield in February changed its name from Plainfield Academy for Academic & Civic Development to Barack Obama Academy after the current president.

Sources for this story include municipal websites, the Images of America books, and “Metuchen Centennial Chronicle 1900- 2000.”

Why do these people have a rest area on the New Jersey Turnpike?

• Clara Barton, founder of the American Red Cross and a nurse in the Civil War, was a

• J. Fenimore Cooper, born in Burlington, was an American writer who wrote “The Last of the Mohicans” (1789-1851). Rest area is in Mount Laurel.

• Thomas Edison was an inventor who worked in his laboratory in Menlo Park (1847-1931). Rest area is in Woodbridge.

• John Fenwick was a Quaker who bought the Province of West Jersey from John Berkeley to found the first English settlement in New Jersey (1618?-1683?). Rest area is in Oldmans.

• Alexander Hamilton was the first U.S. secretary of the Treasury and a founding father of the U.S. and is famous for a duel with Aaron Burr in Weehawken. Hamilton died the next day (1755 or 57-1804). Rest area is in Secaucus.

• Molly Pitcher is thought to have carried water to men in the Battle of Monmouth during the Revolutionary War. Rest area is in Cranbury.

• Richard Stockton, born near Princeton, signed the Declaration of Independence and was a political leader in the American Revolution (1730-1781). Rest area is in Hamilton.