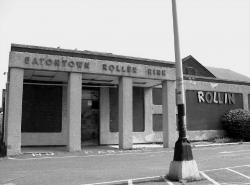 The application is scheduled to be heard Dec. 8, which will mark the 13th meeting that applicant Wawa Inc. has appeared before the Planning Board seeking permission to construct a 24- hour convenience store and gas station on Route 35 at the site of the former Eatontown Roller Rink.

Residents opposed to the application appeared at the Nov. 24 meeting and presented nearly three hours of testimony, claiming that the store and 12- pump gas station would have a negative impact on their neighborhood.

“I believe there will be a substantial detrimental effect to the residential neighborhood as a result of the Wawa,” said Cornelius Guiney, a Shrewsbury-based real estate evaluation expert, who was retained to testify by the group of residents seeking to block the project.

Guiney testified that homeowners living in the area of the site of the proposed Wawa would see a 10-15 percent drop in their overall property values as a result of the construction of the convenience store.

Due to the loss of property values, Guiney told the board, the neighborhood surrounding the site would also see an increase in tenant occupancy because property owners would be unable to sell their homes and instead begin renting them.

Following his testimony, Planning Board member Mark Woloshin asked Guiney if any other use for the site would have a similar effect on the surrounding neighborhood as he predicts the Wawa would.

“Take out the Wawa and let’s put in a liquor store, a pizza place and a bank,” Woloshin said. “What is going to happen to home values with those three compared to Wawa?”

Guiney responded, “I think if it was a nice bank [property values] would probably go up. I think a bank is a good use of a property that adjoins a residential neighborhood.

“There is not another use that you can think of that is as intensive as far as traffic in and out as a Wawa,” Guniey said, adding that the proposed store would operate 24 hours a day.

Guiney explained that he researched several Wawa stores throughout the central and southern New Jersey region.

His research consisted of an analysis of the “average” Wawa location, the area surrounding the store as well as gathering any complaints made by residents living next to a Wawa. Wawa locations studied by Guiney included those in Toms River, Dover, Neptune, Wall, Old Bridge and Lacey townships.

While investigating the Lacey Township Wawa, Guiney said residents living across the street from the store filed frequent complaints with local police regarding store patrons.

According to a list of police complaints provided by the Lacey Township Police Department, Lacey Township residents complained more frequently about disorderly people at the Wawa location than any other issue.

Guiney said that the reason complaints were so high is because the store operates 24 hours a day.

Yet, Peter Falvo, the attorney representing Wawa Inc., objected to Guiney’s list of complaints about the Lacey Township site, claiming that it was not conclusive and did not include enough information from the local police department to indicate how many calls were made and how many were followed up on.

Falvo went on to state that the Lacey Township Wawa was located on a major thoroughfare used by people visiting the nearby beach during the summer months.

The majority of residents opposed to the application reside in the area of Clinton Avenue and Conifer Crest Way.

The thrust behind the group’s opposition is that the applicant is seeking a waiver to a borough ordinance forbidding the construction of a gas station within 200 feet of a residential property line or 2,000 feet of another gas station.

Residents believe that if the Planning Board grants Wawa Inc. the waiver, it will prove disastrous for their neighborhood and pose serious health and safety risks.

Throughout the past two years, residents have banded together and hired various professionals to represent them during the Planning Board meetings to object to the project.

It was the need for residents to hire professionals to represent their objection that Clinton Avenue resident Angela Marone objected to the project during the Nov. 24 meeting.

“There is something wrong with this picture,” Marone said. “You give us an ordinance for our safety and welfare, and we spend two years … fighting for.

“We shouldn’t be here,” she said, adding, “I resent the fact that we as citizens had to pay to help defend something that is truly ours. In two years we have had no indication that the Planning Board has been with us.”