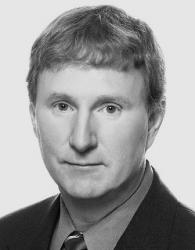 John F. Gallagher The 23-year radio veteran most recently served as the vice president/market manager of ABC Radio/890 WLS in Chicago. Prior to that, he worked as the director of sales at WJR (AM) in Detroit.

“John is a man of great character and intellect,” said Greater Media Inc. President and CEO Peter Smyth. “We are pleased to welcome him to the Greater Media family.”

“GreaterMedia is one of the top companies in the industry,” said Gallagher. “The stations in Detroit have been market leaders for many years. I look forward to working with a great team of professionals.”

Greater Media Inc. is the parent company of 23 AM and FM radio stations in the Boston, Charlotte, Detroit, New Jersey and Philadelphia markets. It also owns a group of weekly newspapers in central New Jersey as well as several telecommunications towers located throughout the United States.