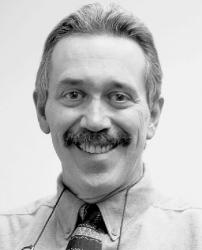 Enron on the Delaware

For a while, it looked like Monmouth and Middlesex counties were developing a monopoly on political corruption and sleight of hand.

In Monmouth County, there were so many bribes being paid to politicians at local bars and restaurants the bad guys had to buy brown paper bags in bulk at Wal-Mart to hold all the cash. The banks could hardly stock enough hundred-dollar bills to keep the bakshish flowing. You just don’t pay a crooked politician to support your proposed development with stacks of wrinkly ones. Crooked politicians like their bribe money in stacks of crisp new Benjamins – the better to impress strippers and waiters at fancy dining establishments.

At one point, there was so much bribe money flowing in Monmouth County that one of the bad guys had to give the bribee advice on which chemicals to use when you bury money in the backyard so the cash won’t rot.

It was outrageous stuff, but apparently our home-grown reprobates are bush-league buffoons compared to the lawmakers in Trenton, where they have elevated shady behavior to an art form.

Last week, The New York Times reported that for at least the last 15 years, lawmakers in Trenton have been telling outright lies about the money being deposited in the state pension fund.

Like most grifters and con men, the pols in Trenton can’t look at a big pile of someone else’s money without trying to get their own hands on it. Unfortunately, the pile of money they were eyeing was the pension fund, which has reported assets of $79 billion.

And all the time they were raiding, they were apparently lying about the extent of their shenanigans.

As an example, The New York Times reported that the state recorded a $551 million contribution to the pension fund for teachers in a bond offering statement. An audited financial statement for the fund showed the contribution at a lesser $56 million. The actual amount paid into the system, however, was zero.

The politicians don’t call it raiding, of course, they call it diverting and they say that while their intricate shell games are unusual, they are absolutely legal.

Well, maybe they are, but they should not be. The result of this institutional mismanagement is a state pension fund that is in serious danger of going broke unless our elected representatives find some way of refilling the coffers. That, of course, means either increased taxes or selling a major asset, like the New Jersey Turnpike.

According to the Times, the state has reported an $18 billion deficit in future pension fund liabilities. Last week, Gov. Jon Corzine said the deficit was probably closer to $25 billion.

Donald A. Love, a member of the pension system’s oversight board, told the Times that he’d recently calculated the deficit on future liabilities at an incredible $56 billion, and it could be more if the state has been less than honest in reporting the fund’s assets.

Anyone want to bet whether or not they’ve been honest?

Senate President Richard J. Codey, who filled in as governor when Jim McGreevey left office to find himself, last week said there was no reason to panic, since he was confident Corzine would be able to put the system back on track.

“We’re no different than a whole host of states out there,” Codey told the Times in a stunningly cynical and cavalier statement. “When I was governor we used to say a weekly novena that the stock market would go up and increase the fund’s value. But I don’t think any retiree has to worry. We’re nowhere near that point.”

I don’t know about you, but I think when someone like Richard Codey – one of the people in charge when the fund was being plundered and whose only solution was to pray for deliverance – says we have no reason to worry, it’s probably already too late.

I’ve seen a lot of scandalous behavior since I moved to New Jersey 14 years ago. But I have to tell you folks, this one takes the blue ribbon prize for political rapine.

One, why aren’t the taxpayers of this state marching on Trenton with pitchforks and burning torches to throw the bums out of office?

And two, why can’t the bums be prosecuted?

Do something like this in the private sector – something like misrepresenting assets, profits or contributions to gain a business advantage, something like misappropriating someone else’s investment or retirement capital – and you call it Enron. You put the guys in charge on trial and put them in jail.

Do something like this in Trenton – Enron on the Delaware – and they call it business as usual.

It’s obvious we can’t trust our elected representatives to fix the problem, since they were the ones who caused it. This story about the pension fund crisis didn’t come as a surprise to many of the lawmakers in Trenton. Even the ones who weren’t actively involved in the looting knew what was going on, but few were calling out the alarm. In my book, that makes nearly all of them guilty, either guilty by their actions or guilty by keeping their silence and allowing the practice to continue for over a decade.

We can’t even trust these guys to tell us how bad the problem really is. Corzine last week called for an outside audit of the pension fund, since he doesn’t think anybody in state government has the expertise to do it in-house.

Yep, you heard that right. Corzine says there’s no auditor or accountant on the entire state payroll with the expertise – or perhaps the objectivity – to audit the pension fund books and tell us how close to disaster we’ve come.

Recently I heard someone say that the only solution to this state’s problems is to throw out every single incumbent politician, dismantle the whole state bureaucracy and start from scratch.

At the time, that guy sounded like a bit of a nut. Now, he’s sounding more and more like a prophet.

Gregory Bean is executive editor of Greater Media Newspapers. You can reach him at gbean@gmnews.com.