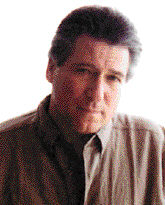 Saul G. Hornik Saul G. Hornik, who as Marlboro’s mayor from January 1980 through December 1991 worked to make his town one of central New Jersey’s most desirable communities, died of complications from lung cancer on Dec. 6 at Calvary Hospital, the Bronx, N.Y.

Hornik, 65, was diagnosed with the disease in February 2004 and sought treatment in New York and Houston. Despite his best efforts to fight the cancer, he could not stem the course of the disease. At the time of his diagnosis, doctors gave him between four and six months to live. He fought the disease for almost two years.

During that time he remained in touch with the News Transcript to express his ongoing concern about issues in Marlboro. He also described the medical treatments he was receiving. At one point he called the experience of having cancer and seeking treatment for the disease “a strange existence.”

A funeral for Hornik was held on Dec. 8 at the Marlboro Jewish Center, which Hornik had helped to found in the early 1970s. Burial followed in Woodbridge. Mayor Robert Kleinberg directed Town Hall to be closed for several hours during the day and afforded Hornik a police honor guard as a sign of respect for the late mayor.

The funeral brought together people from both sides of the political aisle in Marlboro (at different times Hornik was a Republican and a Democrat), but the focus of the service was not Hornik’s political career. Instead, his children recalled him as a father who always had time for their activities and who showed them by his actions that all people were worthy of respect regardless of that person’s race, religion or standing in the community.

Hornik’s daughter, Amit, 14, who spent the first five years of her life in Marlboro before moving to Israel with her mother, spoke without notes and delivered a heartfelt address in which she told the packed synagogue that she and her father enjoyed “a special relationship.”

Hornik’s adult daughter Melissa built her comments around the theme that most little girls believe their father is Superman. She explained how her father, among other things, taught her to sew, as his grandmother had taught him to sew.

“My dad lived life hard and fast, and on his own terms,” she said, ending her eulogy by returning to the phrase she had used throughout her remarks. “Most daughters think their dad is Superman,” she said, adding, “My dad was.”

Hornik’s adult son Jonathan called his father “a man of strength and conviction. He was willing to give his time, money and possessions to those in need.” Putting into words what many people in the sanctuary may have been thinking as they remembered the former mayor, Hornik said, “Saul had ‘it’ and that cannot be measured or quantified.”

Jonathan said he hoped his father was at peace with his (Saul’s) son, Adam, who predeceased him.

In his occasional visits to the News Transcript office over the past decade, Hornik never failed to produce photographs of his son, Adam, and he always spoke with deep affection about the young man.

Loving remarks about Hornik were also offered during the funeral service by his stepchildren, Tomer, Arielle and Scott, and by his longtime friend Arthur Goldzweig, who preceded him as Marlboro’s mayor and who served as municipal attorney during Hornik’s administration.

Goldzweig jokingly recalled how he served as township attorney and sat next to Hornik on the dais during Township Council meetings. Hornik, he said, would tell residents who came to lodge a complaint that the problem was the fault of the previous administration.

“I would tap Saul on the shoulder and say, ‘Saul, I was the previous administration,’ ” Goldzweig said to the chuckles of those in the sanctuary.

Among the people in attendance at the funeral service was Alayne Shepler, who was Marlboro’s business administrator in the early and mid-1980s. At that time, she said, it was unusual for a woman to hold that type of position. Hornik, she said, had no problem with it.

“Saul pushed for women to achieve as much as they could. He was very progressive that way,” said Shepler, who remained in administration and is presently the administrator in Manalapan. “He always called when I started a new job just to see if everyone was treating me well.”

During his 12-year tenure as Marlboro’s mayor, Hornik was the face of the community, tirelessly advocating for residents’ quality of life and well being. Among the notable issues with which he was involved were pressing the state and federal governments for a cleanup of the Burnt Fly Bog and Imperial Oil toxic waste sites; urging the state to provide tighter security at the Marlboro State Psychiatric Hospital when patient escapes were an ongoing problem; and developing a plan to deal with Marlboro’s state mandated affordable housing obligation.

In 1983 Hornik led an effort to come to the aid of the Tricarico family of Marlboro, whose son, Kevin, 19, a swimmer, was paralyzed in a diving accident at college. Hornik arranged for local builders to construct an addition to the Tricarico residence that would make it easier for Kevin to remain at home.

Thinking back to that time 23 years ago, Kevin Tricarico’s father, Frank, told the News Transcript on Dec. 8 that Hornik “was wonderful to us. Everything he promised to us, he delivered. We’re deeply indebted to Saul. He was a very caring individual.”

Hornik was raised in the Bronx and Brooklyn. He became an Eagle Scout at the age of 16 and later graduated with a bachelor of science degree from the University of Connecticut in 1962, with honors, and earned a master’s degree in pharmacology from Brooklyn College of Pharmacy.

He moved to Marlboro with his family in 1968.

Hornik stayed close to the medical field throughout his professional career. He first worked at and then started an advertising firm which represented several well known national medical publications. He also served as a director for several Israeli medical companies and acted as a consultant for others. Recently, Hornik, together with a partner, produced a series of books for physicians which depicted through archival photographs different ailments in critically ill patients dating back to the 1800s.

Commenting on the passing of the former mayor, Eric Kaplan, a former chairman of the Marlboro Township Democratic Party, said, “Saul was a passionate person who cared deeply about his children, about Marlboro and about Israel. He was a good man with a generous spirit, particularly to people who needed help. He was famously loyal to his friends, a trait that was not always appropriately reciprocated. Indeed, had he been re-elected in 1991 in his race against Matt Scannapieco, Marlboro would likely have avoided the costly scandals that have permanently affected our quality of life. When Saul was around, you couldn’t help but notice him. I can’t believe he’s gone.”

Hornik was involved with many Israeli causes, including Volunteers for Israel and Sar-El, in which he had been active in since 1988.

Hornik is survived by his wife, Debbie Weinberger; his sister, Janice Weber Unger; two daughters, Melissa Wight and Amit; a son, Jonathan; three stepchildren, Tomer, Arielle and Scott; and four grandchildren. He was predeceased by a son, Adam.