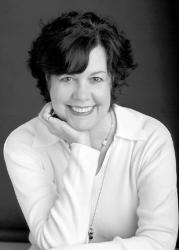 "I guess the character is sort of me," said the 61-year-old retired magazine editor whose lifelong affinity for "cozy mysteries" drove her to write the detective series. "When I wrote the book, I drew a lot from my own experiences."

"Murder Is a Girl’s Best Friend" (Penguin, $6.50), the second installment of the Paige Turner series and the author’s third published novel, hit bookshelves nationwide in early July. Matetsky will be on hand for a book signing at the Freehold Township Barnes & Noble on Sept. 21. 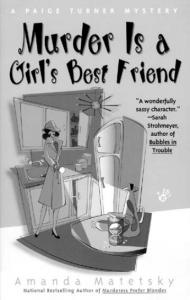 Set in New York City during the male-dominated year of 1954, the book series tells the ongoing saga of Paige Turner, a 20-something female journalist who writes for a sleazy, yet popular true crime magazine. Turner’s insatiable desire to be recognized as a full-fledged crime and mystery writer, coupled with her eagerness to conduct her own undercover homicide investigations, often puts her in the most precarious of situations.

Like Paige Turner, Matetsky spent her own career as a writer and editor for pulp genre magazines including Teen Beat, a more than 30-year-old teen idol fanzine. And as one of a handful of women working in the New York City publishing industry during the early 1960s, Matetsky said she struggled to earn the respect of her mostly male co-workers.

The similarities between the author and her heroine do not end there.

Paige Turner’s love affair with her co-worker, Detective Dan Street, is loosely based on Matetsky’s real-life relationship with her husband and former magazine editor Harry Matetsky.

"There is one difference between us," Matetsky said. "I am a little younger than Paige Turner would be now."

With dozens of references to 1950s pop icons such as Zsa-Zsa Gabor and Grace Kelly, as well as allusions to the once glamorous art of smoking, 5-cent subway fares, and the now extinct L&M filter-tip cigarettes, Matetsky said she spent months "meticulously researching" the era.

As Matetsky puts the finishing touches on the next installment of the detective series, she said she’s grateful to finally live out her dreams of becoming a mystery writer.

"I’ve always wanted to write total fiction," she said. "I always was attracted to writing mystery novels because the bad guys always get caught. In that [genre], there is always justice in the world."