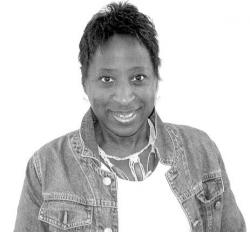 As taxpayers, if we don’t pay our property taxes on time, we’re assessed an 18 percent annual interest charge for every day they’re late. If we violate a motor vehicle ordinance, we’re given a summons that comes with a monetary late penalty, if it’s not paid by a certain date. And if you’re too slow in shoveling the snow off the pavement on your property, you can best believe you will be fined. So how is it that the municipality gets off free when it doesn’t expedite or fulfill its responsibility to its citizens?

I know I can’t be the only one who is really fed up with the botched-up repaving job that has gone on far too long on Leighton Avenue, in Red Bank. First, not only has it turned into somebody’s career, but the result is anything but acceptable.

Leighton Avenue is turning into a major thoroughfare and needs to be totally repaired from where it intersects with Newman Springs Road to where it ends at Locust Avenue — no stops in between. The intersecting streets needed to have been included in the planning scheme.

What is that about? Where Leighton Avenue and Drs. James Parker Boulevard intersect is absolutely horrendous.

Then the nerve to give us the illusion that the job is complete by using brightly colored lines to dress the shoddy job up. Come on, give us more credit than that for being thinking human beings.

We citizens want one continuous smooth avenue, as an avenue should be. In the hierarchy of roadways, an avenue ranks more swank than a street, as does a boulevard to an avenue.

Second, because Leighton Avenue has become the bypass for Shrewsbury Avenue, it is extremely time-consuming and difficult to navigate a left-hand turn out onto Newman Springs Road from Leighton Avenue during rush hour. You think a stoplight could solve the problem? I do. The wait time would actually be shorter, a lot safer, and that’s why civil engineers make the big bucks — get busy!

Of course Red Bank does not have a monopoly on problem roadways and intersections.

Don’t even think about making a left-hand turn off Hance Avenue onto Sycamore Avenue in Tinton Falls during rush hour. No kidding, I waited one morning for almost 10 minutes. I timed it. Eventually, I had to make a right-hand turn and go a roundabout way to get to my destination so as not to be late.

Something has to be done at this intersection — it’s awful, especially considering road courtesy isn’t what it used to be. Forget about anyone giving you a break. Come on, people, let’s work with each other here at this corner. Civil engineers, you guys and gals need to get busy here also.

Those are just two of many problem intersections, and I’m sure many of you could name some of your own.

What is the citizens’ recourse for these municipalities’ infractions? I’ll tell you what and where it is — inside the voting booth.

Come Nov. 4, someone will want your vote. Listen, this is not a joke. These are issues that need to be addressed for the safety, welfare and benefit for all.

Ever heard of eminent domain? When governing officials feel that your property is hindering or interfering with something they deem beneficial to all, they will simply take it whether you agree to sell or not.

As taxpayers, we, too, have eminent domain. If our elected officials are lax or seem unconcerned about certain issues that concern us — just vote them out. Take their imposing positions right away from them.

Once you cross over Maple Avenue it goes back to being East Bergen Place. A strange remembrance, wouldn’t you say, especially with the deserved fanfare surrounding the recent opening of the Parker Health Clinic’s new permanent facility.

I leave you with this thought. Dr. James Parker Sr. cured people of all races of the swine flu epidemic, which earned him a reputation, according to his son, Dr. James Parker Jr. Now do you think he asked his patients before caring for them on what side of Maple Avenue they lived? I think not. Where is the honor? Shortchanged.

Gilda Rogers can be reached at rgilda5@aol.com for ideas and comments