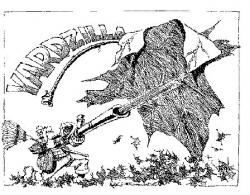 A recent stream of steady rainfall is encouraging news in the face of longstanding drought conditions, which were a big concern for Brick Township residents.

Recently, Gov. James McGreevey relaxed the state’s water restrictions to again permit several activities that were banned during the driest summer months of the drought. Although each municipality is free to enact its own, tougher restrictions, Mayor Joseph Scarpelli met with officials from the Brick Township Municipal Utilities Authority (BTMUA) and announced that most of the state’s norms would be adopted.

The one notable exception to adhering to the state’s restrictions was the township’s demand for any lawn watering to be confined to a 20-minute period between 7 p.m. and midnight.

State guidelines allow for watering on odd or even days, depending on location, from 6-9 a.m. and from 4-7 p.m.

At one point, surface water levels on the Metedeconk River, the source of Brick’s water supply, lowered to the point where well water was used briefly.

Luckily, significant rains soon arrived and bailed area residents out of what could have been a major crisis.

But residents should keep in mind that the drought is not over yet. When we see rain, it is tempting to consider the problem over and done with, but officials are still urging us to be conservative at the faucets.

It will take a steady diet of rain over a long period of time to get us out of the hole, officials tell us, and our good fortune can easily be reversed with another dry spell.

Despite the recent rains, water consumption and production capacity are basically just breaking even in Brick at about 9 million gallons per day, BTMUA Executive Director Kevin Donald said.

Police plan to continue enforcement, although public awareness has apparently reduced the number of violations.

However, it seems there are some who won’t comply until the day that they turn their faucets and hear a hiss. Police should not hesitate to write summonses for blatant violations.

We are all tired of hearing about the drought and would love to get back to the point where we can hose down our cars without a second thought. But until the water concerns are a thing of the past, we need to keep the situation in mind and continue to conserve water where we can.