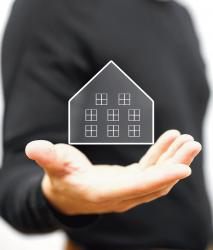 Moderate gains in prices and sales to help drive ‘normal but healthy’ housing market Is buying a new home one of your New Year’s resolutions? Well, you’re not alone. The forecast for the 2016 housing market is one of solid growth and a strong desire to buy, according to two new reports on real estate trends from The National Association of Realtors and Realtor.com, respectively.

“Next year’s moderate gains in existing prices and sales, versus the accelerated growth we’ve seen in previous years, indicate that we are entering a normal but healthy housing market,” Jonathan Smoke, chief economist for Realtor.com, said in statement. “The improvements we’ve seen over the last few years have enabled a recovery in the existing home market, but we still need to make up ground in new construction, which we could begin to see in 2016.”

Continued job creation and a 2.5 increase in gross domestic product also point toward a healthier housing market, although only half of the respondents to the NAR’s Housing Opportunities and Market Experience survey said they believed the economy is on the mend. Another 44 percent think it’s actually in a recession. “The promising stretch of job creation in several parts of the country in recent years has the housing market in 2015 on track for its best year of sales since the downturn,” Lawrence Yun, the NAR’s chief economist, said in a statement. “However, that only half of surveyed households believe the economy is improving can be attributed to the fact that some areas have been slow to recover and wages have yet to grow in a meaningful way for far too many families.”

Potential homebuyers are mostly tempered by higher mortgage rates and mounting home prices. Fifty-three percent of renters surveyed by the NAR said that they don’t own a home because they can’t afford it.

As mortgage rates are expected to rise to 4.35 percent for a 30-year fixed loan by the end of 2016, it makes sense that about two-thirds of renters think it would be very or somewhat difficult to obtain a mortgage.

Overall, though, the outlook according to both reports is positive.

Renters looking to become homeowners also are expected to boost sales — 83 percent of renters said they want to own a home in the future and 77 percent said that homeownership remains a part of their American dream.

Both current homeowners (82 percent) and renters (68 percent) said they feel positively about the market and that it’s a good time to buy a home. Many current owners (53 percent) also felt strongly that it is a good time to sell your home.

The markets that will see the biggest growth in 2016 have a growing housing formation, a prosperous job market and low unemployment rates as well as large populations of the aforementioned groups likely to buy.