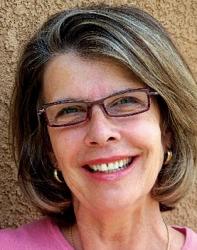 Q: I saw a report on TV in which the statement was made that all but two states require booster seats for children who have outgrown child safety seats but are too small for adults’ seat belts. If that’s true, can you tell me what are those two?

A: According to the Governor’s Highway Safety Association, Florida and South Carolina don’t require booster seats.

Q: We often hear seat belts save lives. So that’s reasonable safety equipment. I’m wondering, given the increasing number of people who are riding bikes on the streets, often even commuting to work, weaving in and out of traffic, whether anyone knows if bike helmets actually do any good?

A: Here’s what I can tell you: More than two-thirds of bicyclists who were fatally injured in 2012 (the last year for which figures are available) were not wearing helmets, according to the 2014 Bicyclists Safety Report. Would all or any of them have survived with helmets? Unknown.

Q: We’ve got to get some repairs done because of getting rear-ended, and the insurance rep is referring to OEM or non-OEM parts. What’s the difference?

A: OEM (original equipment manufacturer) parts are replacement parts that are made by the manufacturer that made the part that was on the vehicle when it rolled off the assembly line. That might or might not be the carmaker itself because, as you know, carmakers use parts that other companies create.

Some consumers prefer OEM parts on the grounds that the specs are precise and the quality may be superior because the carmaker has selected that particular manufacturer. You’ll almost always get OEM parts from the dealership service department.

Non-OEM parts, often called aftermarket parts, come from a manufacturer that did not make the part that came on the vehicle.

What’s your question? Sharon Peters would like to hear about what’s on your mind when it comes to caring for, driving and repairing your vehicle. Email Sharon@ctwfeatures.com