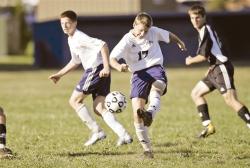 Schuler, who lives in Allentown, is one of the top 10 goal scorers in the country, playing forward for the Tar Heels.

The three Hermann Trophy finalists will gather at the Missouri Athletic Club in St. Louis for the award announcement on Jan. 6.

In announcing the three finalists, the Missouri Athletic Club said Schuler is “a demonstrated force in clutch situations.” 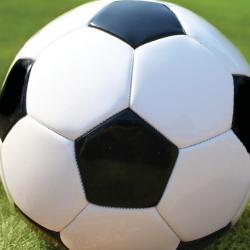 “It is not surprising that eight of Billy’s

16 goals this season were game winners, many of which came in overtime. It is not surprising that Billy tied the game against UCLA with five minutes to go, in an effort to push the game into overtime,” McClellan said in Peddie press release. “Simply put, Billy is a winner. There is no overestimating the effect that can have on a team, knowing that they have the best player on the field and that she or he will help you win the game.”

A three-year starter for the Falcons with 42 career goals, Schuler had 22 goals during his junior year and helped Peddie win the Mid-Atlantic Prep League championship. Billy left Peddie at the end of the season to begin training for the U-17 World Cup in South Korea.

“Billy was a gentleman on campus, he was a determined student in the classroom, and he remains a champion on the pitch,” McClellan said. “Peddie could not be more proud of him.”