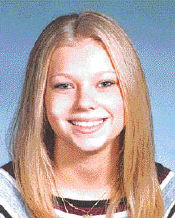 Debra Gregory had just finished driving area streets in search of her 16-year-old daughter, Brittney, whom she had reported missing a week earlier. In the back seat of her car was Jack Fuller Jr., 38, a longtime acquaintance whose daughter was close friends with a few of Gregory’s children.

"He gave me a hug and I just felt cold, like, ‘You don’t mean this,’ " Gregory said. "If I had known then, he wouldn’t have made it to the courthouse."

Only two hours later, in the early morning hours on Sunday, police arrested Fuller and charged him with Brittney’s murder.

Fuller, of Western Drive, in the Ramtown section of Howell, appeared in a Toms River court on charges of first-degree murder Monday while authorities searched a Lakewood forest for the Brick Township teenager’s body. Fuller avoided eye contact with a courtroom full of Brittney’s family members and friends during a brief first appearance before state Superior Court Judge James Citta. Onlookers passed tissues down the rows to wipe their eyes at the sight of Fuller — tattooed, goateed, with a shaved head and wearing a red prison jumpsuit.

Fuller is being held at the Ocean County jail, Toms River, on $1 million bail with no 10 percent option. He was represented by Ocean County Public Defender Frank Gonzales, but told Citta he expects to hire a private attorney.

Authorities have released few details on how the investigation led to Fuller, or why the search for Brittney’s body centered on a wooded area between County Line Road and Route 88 in Lakewood. Police from throughout Ocean and Monmouth counties, as well as numerous volunteers, combed the area earlier this week with the aid of police helicopters as weather and daylight permitted. Brick police Lt. Douglas Kinney said Tuesday that the search for Brittney had been expanded to a few other area towns, although he declined to elaborate.

"The investigation is continuing," Ocean County Executive Assistant Prosecutor Robert Gasser said. "I can just say there was significant evidence leading to the suspect’s arrest."

Brittney’s last contact with her family came at about 8:30 p.m. July 11 when she called her mother from her father’s Greenwood Loop Road, Brick, home looking for a ride to her boyfriend’s house.

In the days after her disappearance, posters of Brittney’s face adorned store windows throughout Monmouth and Ocean counties, asking anyone with information to contact her mother or authorities. Her image and description was also added to the National Center for Missing and Exploited Children Web site.

Debra Gregory described Brittney as a model student who passed her free time at the library and aspired to be a forensic scientist.

"She’s the 16-year-old kid everybody wants. She was the perfect kid," Gregory said. "She was my prize. It was like she was plucked right out of heaven."

For those who arrived at the courthouse to show support for the family Monday, it was difficult to believe Brittney would never be seen again.

"I was shocked, because this doesn’t happen in our town — we were named the second safest city in the country," said Brick’s Darlene Andamasaris, whose son attended Brick Memorial High School with Brittney.

"Brittney was not your typical teenager," Andamasaris said. "She always put other people ahead of herself. She was very pretty. She was a very kind and wonderful person."

Several acquaintances of Fuller described him as a temperamental man who lived with his father, used drugs and had frequent brushes with the law. According to published reports in local newspapers that cite N.J. Department of Corrections records, Fuller has been arrested on various drug, theft and burglary related charges in recent years. He served time for some of the crimes.

Gasser declined to comment on Fuller’s reported criminal history because he said it might be prejudicial to the case.

According to Lavallette resident Stan Kilmartin, who said he has been an acquaintance of Fuller’s since the early 1990s, "He’s crazy. You’d be in trouble if you hung out with him."

Gasser said the murder charge may carry a life prison term and possibly the death penalty. Fuller will enter a plea at a future arraignment date, probably in about three weeks, Gasser said.